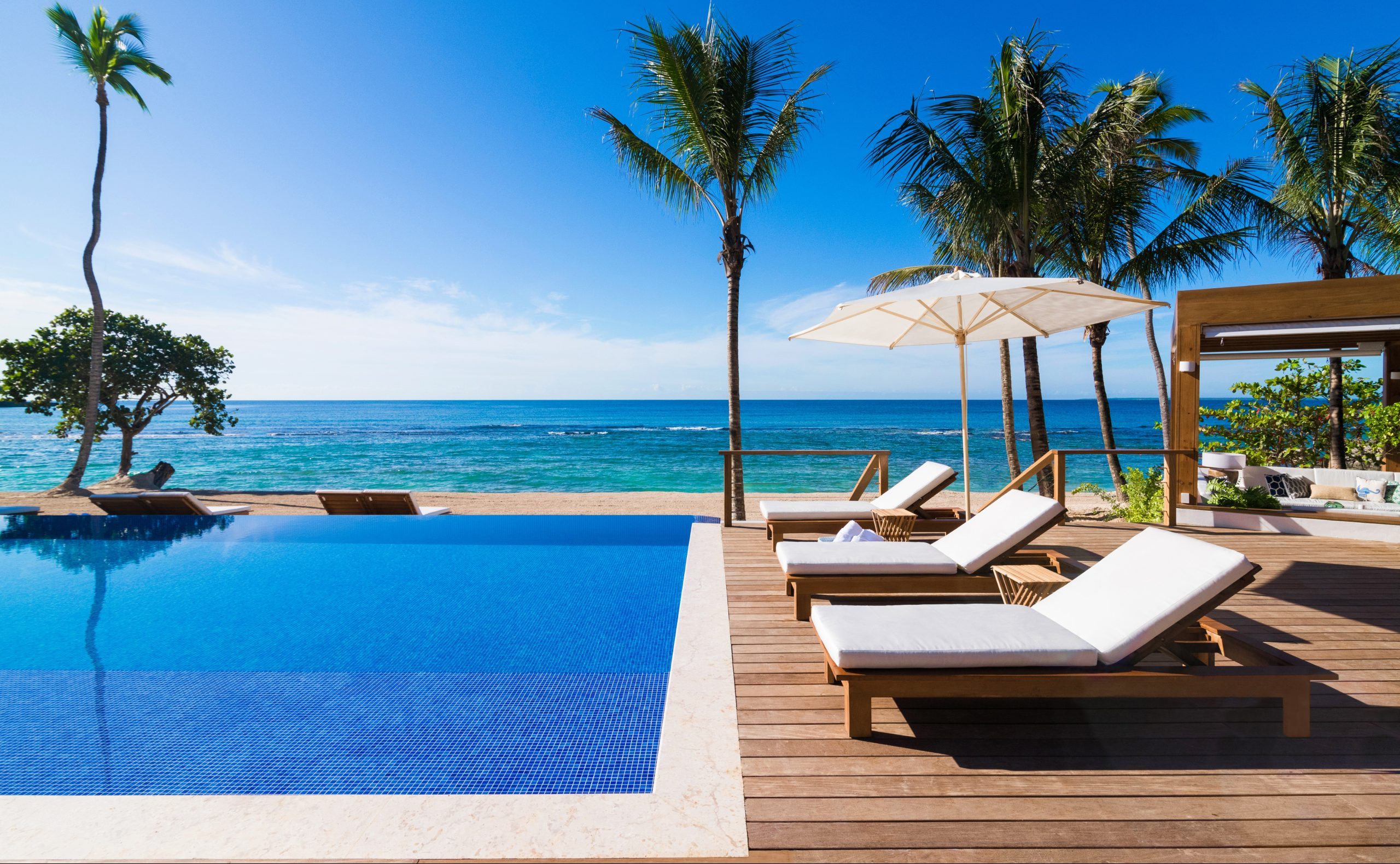 One of the most upscale resorts in the Caribbean, Casa de Campo has three championship golf courses and a long list of opulent amenities. But when it comes to golf, the three Pete Dye courses feature Teeth of the Dog, which is considered the best course in the Caribbean, along with Dye Fore and The Links.

On the Dominican Republic’s south-eastern coast, near the old sugar mill town of La Romana, is where you’ll find the Casa de Campo resort area. With three stunning private beaches and an endless list of activities and amenities, a Casa de Campo golf package is the perfect getaway. The Teeth of the Dog, a Pete Dye creation and the first golf course at Casa de Campo, officially opened more than 40 years ago in 1971, marking the beginning of the resort’s metamorphosis from a sleepy beach village to the “World’s Leading Golf Resort.”

Pete Dye created 90 holes in the Casa de Campo resort, including the Teeth of the Dog, the Dye Fore (which has 27 holes), Links, and 27 holes at the exclusive La Romana Country Club.

The Links in-land course, which was recently renovated, was first opened in 1976, just five years after the Teeth of the Dog. Its moderately hilly layout and several lagoons and lakes are believed by many to be comparable to traditional British and Scottish golf courses.

The recently extended 7,000-yard course boasts five water holes that call for precise tee shots, giving it a worthy test for players of all handicaps.

The resort’s entire property is home to at least 15 pubs and eateries, including the brand-new Chilango Taqueria in Altos de Chavon and two food trucks.
In addition to indoor and outdoor spa services, the Casa de Campo Resort & Villas Spa offers homeopathy and holistic cosmetic products from the Signature collection.
La Marina is located next to the hotel and golf facility.

Visitors can shop, hire a boat for deep sea fishing, or take advantage of the many dining and drinking options available here. Additionally, the resort features a private beach named Minitas beach where guests may unwind and savor great dining al fresco.

Golf cart for every guest Nearby Attractions to Casa de Campo

The possibilities are endless at this truly mesmerizing resort, after a few rounds of golf you might want to explore Altos de Chavón, a recreation of a Mediterranean village from the 16th century located in the Dominican countryside. A working ranch, located just 20 minutes from the resort offers horseback tours where you can witness real cowboys hard at work with rolling hills and sugar cane fields as your backdrop. Other must-see tours nearby include the fascinating Las Maravillas cave, the Santa Domingo city tour and the famous cigar factory where you can even have a go at cigar crafting!

How to get to Casa de Campo

The airport for Casa de Campo is only five minutes away from the resort’s check-in. Additionally, a sizable number of charter airlines from the US, Canada, Latin America, and Europe use this airport.

The resort is also only a 50 minute drive from Punta Cana International Airport.

Let our team here at Premier Golf organize your dream Casa de Campo golf vacation, tailor made for your experience of a lifetime. The Dominican Republic is adored by celebrities from all across the globe who travel to the glorious Caribbean islands just for the award-winning golf courses. Contact a representative today.

Need a custom quote? Get in touch!

If you have any questions, requirements or need a custom quote, please fill out the form and we’ll be in touch to help you.

We use cookies on our website to give you the most relevant experience by remembering your preferences and repeat visits. By clicking “Accept All”, you consent to the use of ALL the cookies. However, you may visit "Cookie Settings" to provide a controlled consent.
Cookie SettingsAccept All
Manage consent