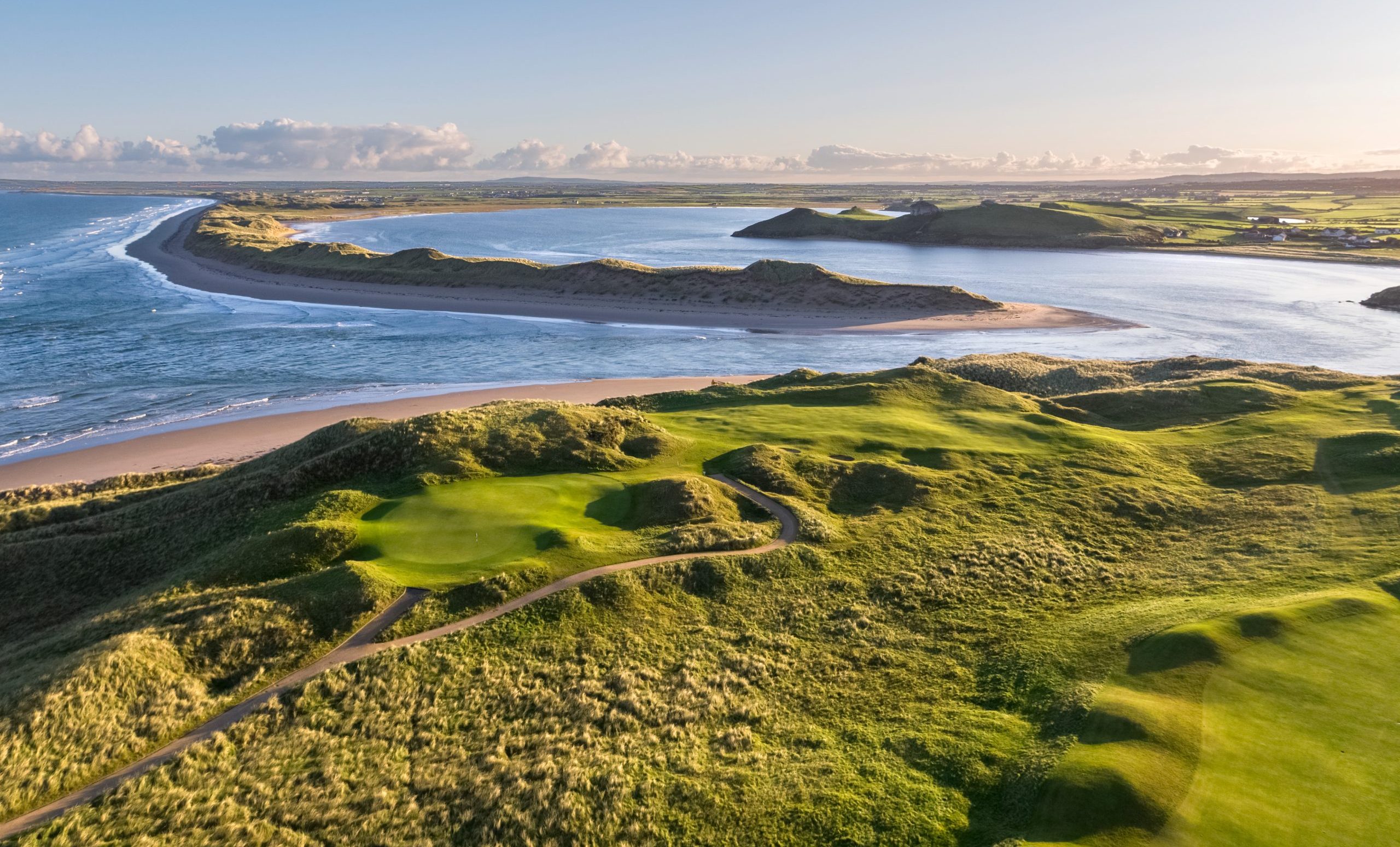 Arnold Palmer is credited with reenergizing interest in The Open Championship with his hoisting of the Claret Jug at Royal Birkdale in 1961 – the first American to do so since Ben Hogan in 1953. He had fallen in love with links golf the previous year at St Andrews when he fell one shot short of eventual winner, Kel Nagle, in the final round.

That love affair continued into Arnold’s second career as a golf course architect with his trusted partner Ed Seay, and while not known for many courses across the Pond – Tralee golf course his first European design. Opening in 1984, features a back nine that is world renown as one of the toughest and most scenic nines in south Ireland golf, if not all links golf. Tralee Golf Club was established in 1896 and played a nine-hole design through its former years, until the members with a dream of a world-class layout, purchased the current site at Barrow in the 1980s. The current scenic locale is perhaps best known as the backdrop for the movie Ryan’s Daughter. The memorable 17th hole a par 4 featuring a scary drive over a deep ravine and a challenging approach to a tabletop green, is named in honor of the movie.

Due to the monstrous dunes, deep ravine carries and plateau greens that give the back nine its well-deserved reputation, the front nine seems tame in comparison. However, it has its own delightful character, while relatively flat the land is elevated from the sea and offers spectacular panoramic views across Barrow Bay to the Atlantic Ocean as the routing hugs the coastline.

In fact, two of Tralee golf course’s most notable holes “Culin,” a 594-yard par 5 is credited as one of the best in Ireland and Tralee’s signature hole, “The Castle,” a 194-yard par 3, are both on the outward nine.

Tralee is a must-play on any southwest Ireland golf itinerary and graciously offers limited visitor tee times. However, prior planning is necessary to ensure a coveted tee time, often as much as a year in advance. Tralee from its modest beginnings has a very healthy membership of over 1,300, mainly overseas, vying for tee times during the season.