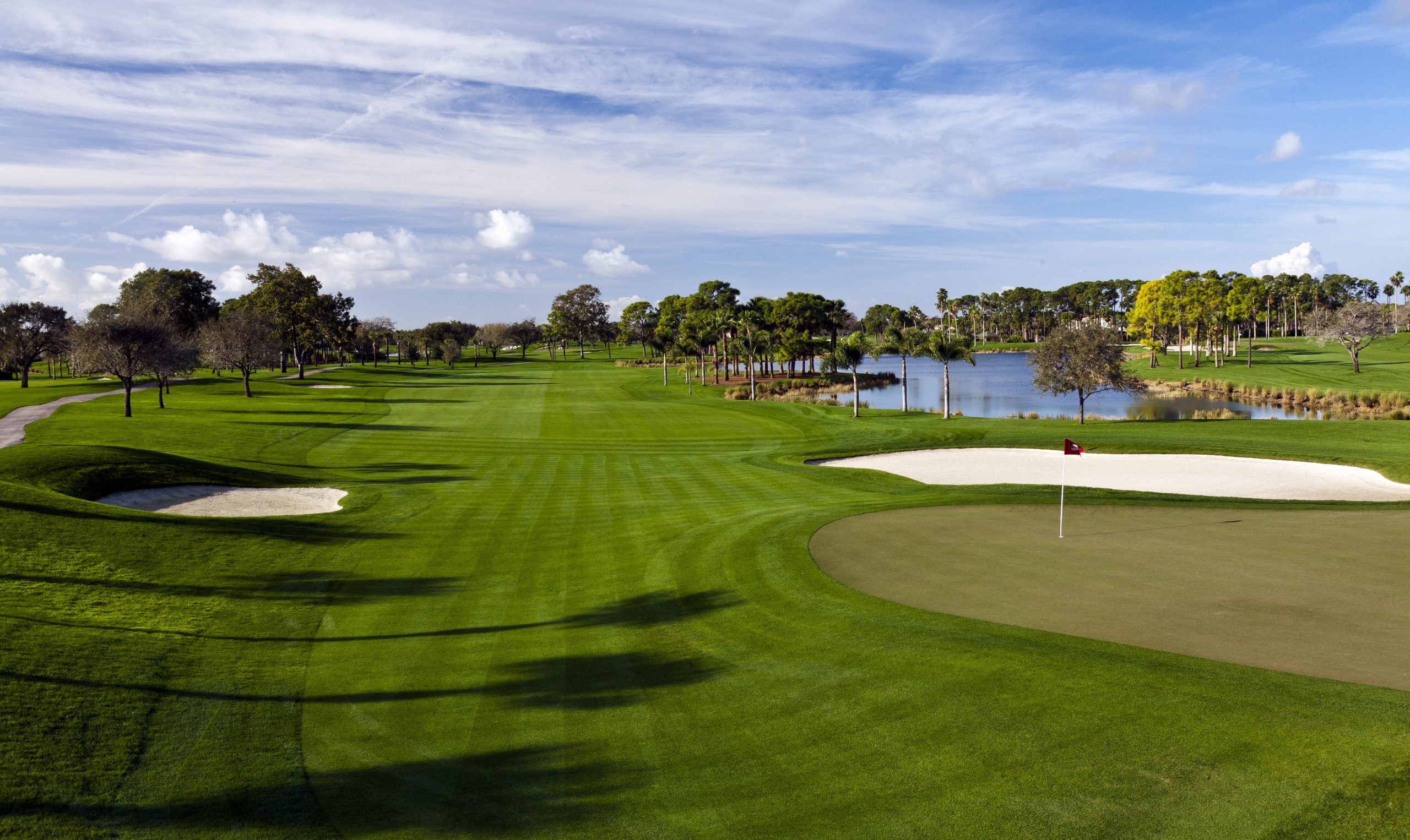 Home to the PGA of America, PGA National Resort in Palm Beach Gardens is one of the finest in the US. Flagship course, The Champion, which includes the notorious ‘Bear Trap’ hosts Honda Classic every year on the PGA Tour and has also played host to the Ryder Cup and the PGA Championship.

PGA National also offers four other championship golf courses; The Fazio, The Match, The Palmer, and The Estate, each worthy of a trip in their own right. The Champion Course, which was originally created by Tom Fazio and his uncle George, and was later renovated by Jack Nicklaus in 2014, is the foundation of PGA National’s illustrious golfing history.

The Champion added the Ryder Cup to its list of tournament when it hosted the event in 1983. It currently serves as the host of the annual Honda Classic on the PGA Tour. The perilous closing holes, often known as “The Bear Trap,” are some of the most difficult in the World. George and Tom Fazio created the Fazio Course, which was the first to be finished at the PGA National Resort. The strategically placed water hazards on Fazio’s 6,806 yard layout present the biggest hurdle, necessitating a mix of strength and accuracy. The Haig, which was named after the renowned Walter Hagen, a record-breaking winner in golf’s early years, features water in play on 15 holes.

Arnold Palmer, whose intense playing style is evident in his design at PGA National, created the Palmer Course. The fairways are generous and the greens big, but because there are so many significant water hazards, aggressive play carries a lot of risk. The par-5 on the 18th hole is a true all-or-nothing challenge, and one of the toughest holes for even the highly skilled golfer.

The Palm Beach Garden community offers unrivalled amenities and high class services. There is plenty to do at PGA National Resort thanks to its six championship golf courses, including the renowned Champion Course, professional golf lessons, and 19 tennis courts.

At the PGA Resort, visitors can unwind in the revitalizing salt mineral pools, practise yoga at the fitness club, or have a delicious dinner at one of the seven on-site restaurants. The Butchers Club, a traditional American Steakhouse restaurant with a modern twist serving exceptional steaks and fresh seafood, is prominently displayed in the hotel foyer. The laid-back and informal Honeybelle is right next door and a great place to unwind before supper. Nearby Attractions to PGA National

The Barrier Island Sanctuary, which is only a half-hour away, is well-known for its assortment of unique sea turtles and endangered species. Visit the educational facility and observe the 50-foot seawater sprays that are produced as the Atlantic Ocean crashes against the coastline. If you’re keen for a day out on the water, Airboat Rides West Palm Beach guarantee an experience of a lifetime through the Everglades. You can gain a perspective of Palm Beach from the water on narrated sightseeing tours, and private excursions by Palm Beach Water Taxi. Recreational fishing and sailboat charters are also offered at the marina.

How to get to PGA National Florida